Paraphrasing using Python is one of the key aspects of rephrasing content. But how does it happen?

Paraphrasing is a key requirement in today’s content creation. Good quality content is necessary for academic writers to professionals in various businesses. That’s why paraphrasing is a growing practice in these fields.

So, today we’re going to analyze how one can paraphrase content using Python development language. We’ll analyze the way it works in the background of a paraphrasing tool and how it employs various algorithms. So, let’s begin.

Python is an interpreted, interactive, object-oriented programming language. It is often used as a scripting language because of its simplicity and readability. Python was created by Guido Van Rossum in 1989 and released in 1991 as a successor to the ABC language.

Python derives much of its syntax from C and has a simple English-like grammar that can be learned quickly. It also has dynamic typing, meaning that the type of data stored in variables can change without requiring any type of declaration.

Python programming language was designed to be easy to read and write. It is interpreted easily, even by someone who’s not well-versed in coding, so it can be used to automate tasks in many cases.

Python is also an open-source language, so anyone who wants to use it can download it for free. Python has been used in a wide range of applications, including web development and video game design.

It’s also been used in scientific fields such as data analysis and machine learning.

How Does Python Work With Paraphrasing?

Paraphrasing is a technical writing aspect requiring many Python-related aspects to work. In order to understand that, we can separate the paraphrasing process into various aspects. In this section, we’ll talk about the process, so let’s begin:

The first thing required in the process is the libraries needed to achieve paraphrasing. The four libraries used by Python in paraphraser include:

While defining them is a topic for another time, these are the four main library commands, each one requiring “!pip install” before them. So that the paraphrasing tool analyzes which one is right. The first one, Transformers, is a deep learning model.

The “Torch” is a series of AI algorithms that tokenize/identifies content breakdown before rewriting. On the other hand, the Sentencepiece is quite literally the centerpiece of paraphrasing, which rewrites the text.

Whereas the last aspect, “newspaper3k,” is a library on the internet that imports articles for paraphrasing and testing.

The next section of Python pushes the paraphrasing tool to import the article that it requires to paraphrase. This is the section in many paraphrasing tools that you might simply see as an editor. However, many different aspects work behind the scenes to make it possible.

For instance, if you’re pasting your content, then the paraphrasing tool acts as an editor. Whereas uploading the content from your PC uses an entirely different Python command line. Lastly, entering an article URL will require it to parse from the provided website/domain link.

As mentioned before, this is the aspect of Python that tokenizes the content. So, this is where paraphrasing is about to kick in. However, before that, Python urges the other AI elements to read the content and convert it for other algorithms.

That’s when NLP (natural language processing) comes into play. This aspect of computing and AI allows the machine to read and convert the content into binary code, so the computer and deep learning can act on it.

This section of the paraphrasing tool actually gets to paraphrasing your content. If you’re not well-versed in Python, then you may not understand this, but Python requires you to name a specific function.

This function then accepts the earlier analyses by other aspects that allow it to put together the paraphrased content and give you an output. The result of this paraphrasing is apparent in any good paraphrasing tool.

Therefore, it’s important to understand that it works with various libraries and that it could be different for various developers.

But, as a writer or a student, you shouldn’t try to paraphrase your content this way. There are much better alternatives known as paraphrasing tools, which basically employ the same tactics with the added help of AI and its elements.

Example Of A Python Paraphrasing Tool

But at the same time, it reduces the hassle of developing a program from scratch. Here are three main examples of everything we’ve talked about so far in a paraphrasing tool:

The first thing you’ll notice in any paraphrasing tool is that they provide various methods of uploading your content. This is because some tools can take content from a website, while others prefer from a computer. Good paraphrasing tools can rewrite from any given source.

As seen in this image, this particular paraphraser offers two inputs of text. Whether you can copy and paste your text into the editor, or you can simply upload the Doc or text file from your PC.

The next thing you’ll notice is content modes. These paraphrasing tools offer these modes so that writers can change content according to their taste or achieve a content tone that matches the rest of their text.

As seen here, each content tone is self-explanatory, as it can help you make your content more akin to the name of its pertaining content mode.

The final step of paraphrasing tools is rewording your content from scratch. So, once you choose either of the content tones and paraphrase your text, here’s what you get:

The green text indicates the content rephrased by this paraphraser. That’s exactly how Python works if you ever choose to go through the hassle of coding a paraphrasing tool through it. But, as this proves, using a tool is much more efficient and time-saving.

These are some of the key aspects of paraphrasing content with the help of Python. Granted, it’s an amusing and entertaining idea to create a paraphrasing tool of your own. But, it’s better to leave the development to experts and use a capable tool instead. 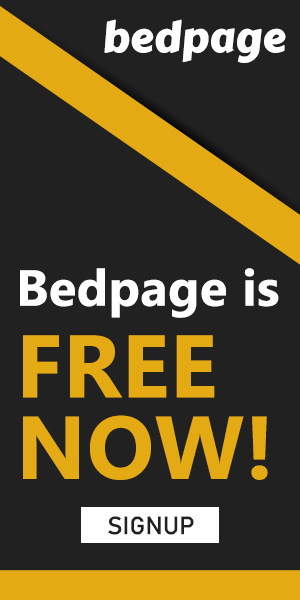